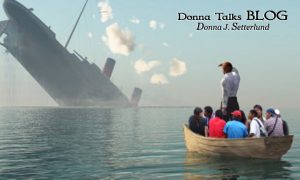 A LIFE LESSON – A Wow Story

A couple went for a cruise tour to enjoy their private honeymoon while leaving their children at home. Unfortunately, the cruise ship was sinking due to catastrophic weather condition. The couple finally made their way to the lifeboat area but there was only space for one person left. The man jumped onto the lifeboat, leaving his wife on the sinking ship…
The wife stood on the sinking ship and shouted to her husband saying…

The teacher paused the above story and asked her students in the classroom, “Let us guess. What do you think she shouted to her husband?”
Most students answered altogether: “I hate you! I was blinded by love!”
The teacher noticed that there was a student who sat quietly and asked him. The student answered, “Teacher, I believe she would have shouted – Take care of our children!”
The teacher was shocked and asked: “Have you heard this story before?”
The student shook his head and said, “Nope, but before my mother passed away to disease, she told my father the exact same words!”
The teacher was amazed and praised: “Your answer is excellent!”
The cruise sunk and the man returned home and brought up their children single-handedly.
Many years later after the death of the man, their daughter who had been accusing her father found her father’s diary while tidying his belongings, and she found out the truth.

It turns out that when her parent went onto the cruise ship, the mother was already diagnosed with an incurable disease. During the crucial moment on the sinking ship, her father rushed to the only space left on the lifeboat. He wrote in his diary, “I wanted to sink with you together on the sinking cruise. But for our children, I could only let you sink alone into the deep cold ocean bed.”
The daughter burst into tears after reading this diary.

The teacher finished the story and the whole class went silent.
The teacher knew that her students had understood the moral of the story that she wanted to pass on to them. In this world there are good and evil. Sometimes the situation could be very complicated and indistinguishable of good and bad. So, we must not jump to conclusion easily and look at the surface only. We must not make hasty decision or assumption without any attempt of investigation or using our critical thinking. We must not judge others without understanding them first. We shouldn’t judge a book by its cover. 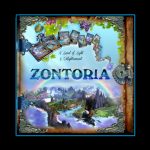